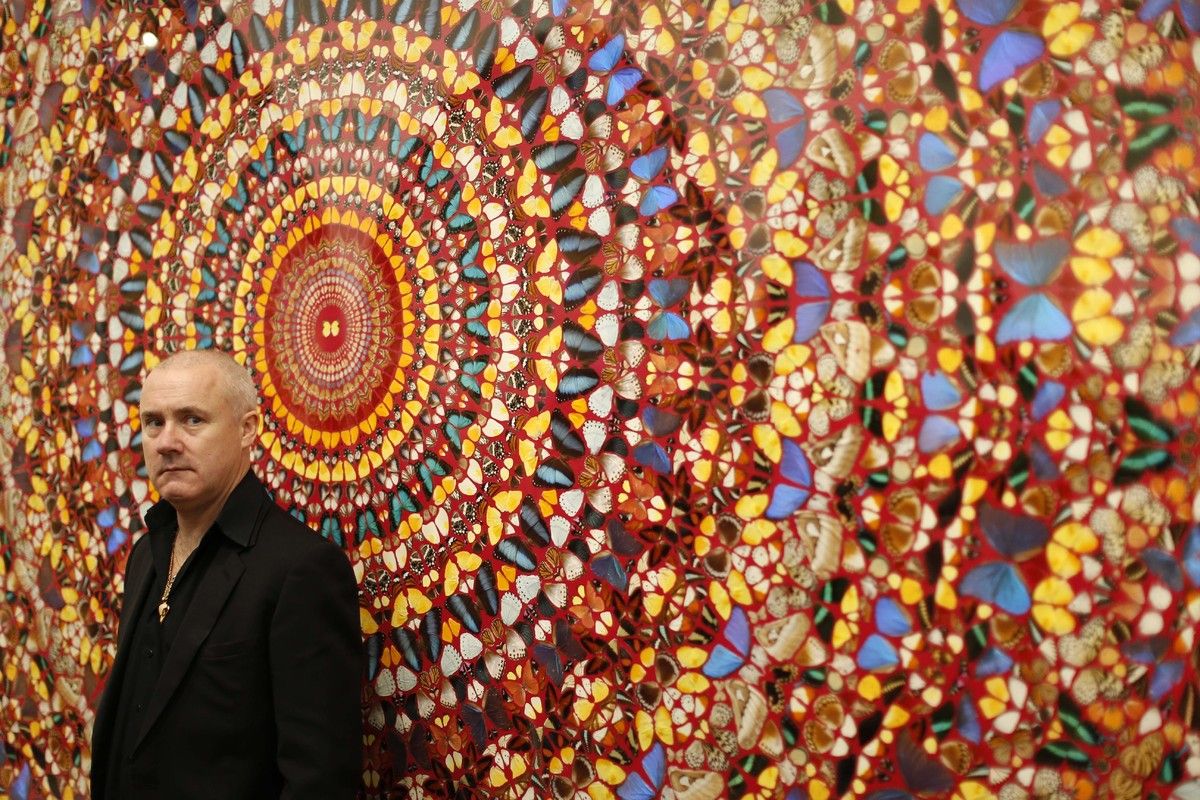 Damien Hirst is a famous British artist and sculptor, most well-known for his Spin Paintings, which are created by dripping paint onto a rotating canvas.

In addition to these iconic pieces, his portfolio also houses colorful paintings and mosaics that have been fan favorites for decades. He now plans on releasing a new art collection that will use both NFTs and physical artwork.

Hirst first gained attention as one of the Young British Artists (YBAs) of the 1980s, a group that graduated from college around the same time and exhibited together. They became well-known for both their eye-catching, conceptual works and rebellious shock tactics.

Hirst is one of the richest artists in the U.K., with an estimated net worth $384 million, and his works are shown in museums all over the world.

Damien Hirst recently released NFT artwork, and this has been a game-changer in the art world as more people become interested in digital collectibles.

NFTs have captured the imagination of collectors and retail investors seem to be drawn to the novelty of being able to own a meme or video. Many speculate that NFTs will become a new model of ownership for real estate, video games, music and more. Some famous people who have auctioned off unique NFTS’s include celebrities, sports stars, and musicians .

The world’s most prestigious art auction houses, such as Christie’s, have started to sell NFT artwork. Last year in 2021, Beeple’s “Everdays” set the record for the largest ever NFT sale at a whopping $69 million dollars. In June of this year alone, crypto punks drew $17 million for a single piece sold by Christie’s.

The fact that huge, traditional art auction houses are now accepting digital forms of artwork and ownership is a major step forward for the entire NFT marketplace. This makes it possible for well-known artists like Hirst to explore new mediums.

Hirst will soon launch a full collection inspired by NFTs and currency. If you’re interested in purchasing any pieces, applications open on July 14th at Heni—the marketplace Hirst will be using for the sales.

In 2016, Damien Hirst created 10,000 colorful polka dot or “spot” paintings. Although each piece is the same modest size (an A4-sized sheet of paper), they each cost $2,000 due to the machine learning process used to create them based on a collection of Hirst’s favorite song lyrics. Each work is also numbered and signed by Hirst himself and includes a watermark, microdot and hologram featuring a portrait of the artist.

According to the Heni website selling Hirst’s collection, each physical work will come with a digital version in the form of a unique NFT.

The Currency Palm NFTs are minted on the blockchain, which is connected to Ethereum. Low gas costs, fast transaction finality, and 99% more energy efficiency than proof of work systems makes this system much better than any other options out there.

The Currency owners will be able to transfer their tokens to the Ethereum blockchain through a new NFT bridge.

Hirst’s NFT collection is distinct from other similar projects because he designed it so that users could purely have an NFT experience, as opposed to accompanying physical works. However, a complicating factor is that those who buy one of Hirst’s “The Currency” art pieces will only have a year to decide which form – thephysical paper or digital NFT – they want to keep, with the other copy being destroyed.

Collectors will be able to purchase the works either through Heni or with cryptocurrencies like Bitcoin, Ether and Dai. Other forms of payment include credit cards.

This experiment is in classic Hirst style and invites the viewer to participate in constructing the work’s conceptual meaning. We will see which version of the works most people want to keep after a year has passed.